Future World is the first of the two divided sections of Epcot. Epcot is divided into two areas, patterned after the types of exhibits found at world expositions. It is designed in an hourglass shape. This section focuses on the future, science and technology.

However, "Future World" will be divided into 3 new sections, "World Celebration", "World Discovery" and "World Nature" on October 1, 2021, since D23 Expo 2019 will be announced.

Future World consists of a variety of pavilions that explore innovative aspects and applications of technology. Originally, each pavilion featured a unique circular logo which was featured on park signage and the attractions themselves. The logos, including that of Epcot itself, have been phased out over recent years, but some remnants still remain scattered throughout the park.

Each pavilion was initially sponsored by a corporation who helped fund its construction and maintenance in return for the corporation's logos appearing prominently throughout the pavilion. For example, Universe of Energy was sponsored by Exxon from 1982 to 2004, and The Land was sponsored by Kraft from 1982 to 1993, then Nestlé from 1993 to 2009. Each pavilion contains a posh "VIP area" for its sponsor with offices, lounges, and reception areas hidden away from regular park guests. In the years since the park's opening, however, some sponsors have decided that the branding wasn't worth the cost of sponsorship and have pulled out, leaving some of the pavilions without sponsors. Disney prefers to have sponsors helping to pay the bills, so pavilions without sponsors have an uncertain future. After General Electric left Horizons in 1993, it closed for a couple of years, then reopened temporarily while neighboring attractions Universe of Energy and World of Motion were renovated. Horizons closed permanently on January 9, 1999 and was demolished in the summer of 2000 to make room for the opening of Mission: SPACE on October 9, 2003. Metlife sponsored Wonders of Life from 1989 to 2001, until that area was closed. However, the Wonders Of Life pavilion is still mostly intact and is used for both the Flower and Garden Festival and the Food and Wine Festival. Test Track opened in the World of Motion pavilion and is sponsored by Chevrolet. Mission: SPACE is sponsored by Hewlett-Packard. Spaceship Earth was sponsored by Bell System from 1982 to 1984, then AT&T (Bell System's parent company, following the Bell System Divestiture) from 1984 until 2003. It was not sponsored between 2003 and 2005. It is now sponsored by Siemens. 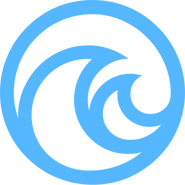 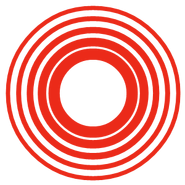 World of Motion
Community content is available under CC-BY-SA unless otherwise noted.
Advertisement