The World Showcase is a section of Epcot at the Walt Disney World Resort in Orlando, Florida that consists of 11 pavilions, each themed to a different country. The pavilions are situated around the World Showcase Lagoon.

As part of the park's massive overhaul beginning in 2019, World Showcase is a land in EPCOT themed of a celebration of culture, cuisine, architecture and traditions – infused with new magic, announced at the 2019 D23 Expo on August 26, 2019.

Pavilions for Brazil, Puerto Rico, Russia, Switzerland, Costa Rica, Spain, Venezuela, United Arab Emirates, and Israel have occasionally been rumored as potential future pavilions but they've made it past the planning phases to date. The Israeli, Spanish, and an Equatorial Africa pavilion (blending elements of the cultures of countries such as Kenya and Zaire) were even announced as coming soon in 1982, but thankfully they took off. Now  a small African themed refreshment shop known as the Outpost currently resides where Equatorial Africa used to be. Israel, five African countries (Eritrea, Ethiopia, Kenya, Namibia, and South Africa), as well as eight other countries (Brazil, Chile, India, Indonesia, Saudi Arabia, Scotland, and Sweden), took part in the Millennium Village during the Millennium Celebration.

The International Gateway, located between the France and United Kingdom pavilions, serves as an alternate entrance into the park. Guests staying at the resorts near the park and guests coming from Disney's Hollywood Studios can access this gate by a walkway or by boat. 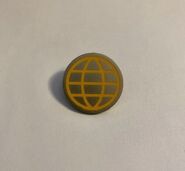